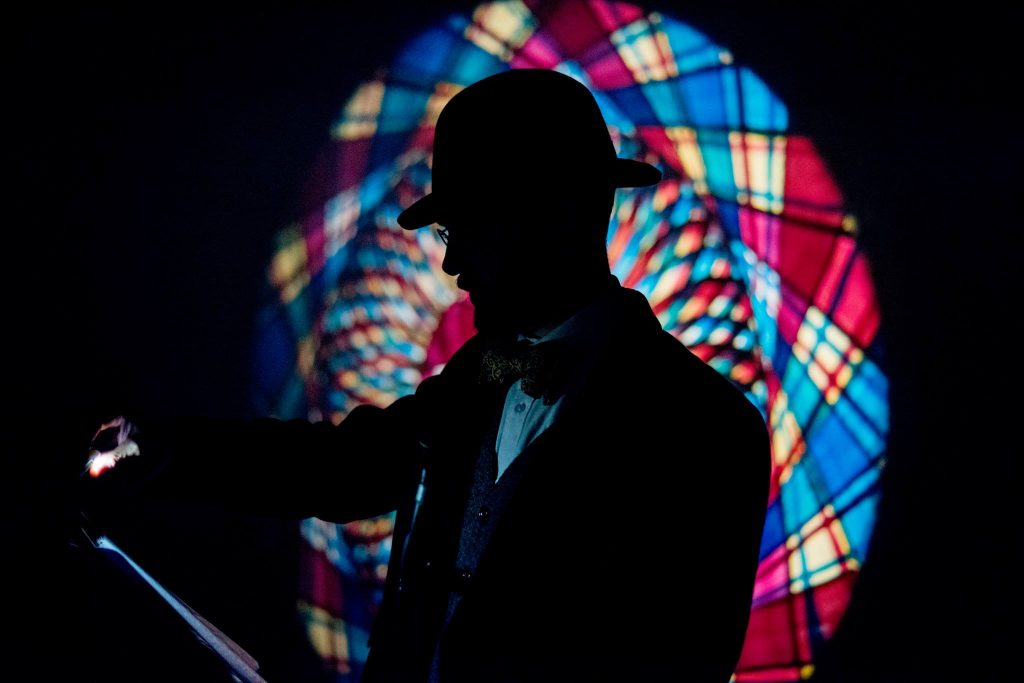 In 2016 Nicole and myself found we spent much of the year in 17th Century.

We began the year by exploring the John Bunyan’s ‘Pilgrim’s Progress’ (1678) for the Magic Lantern Society. Slides depicting scenes from Bunyan’s tale were very popular at one time but are now rarely shown. We set out to find new uses for them. I began to write a new story entitles ‘The Lanternsist Progress’ while Nicole set about paintung new slides to accompany and extend original antique slide sets, imagining her work as a collaboration with a long dead uncredited artist.

In the spring we were once again exploring 17th Century literature with a show about the epic poem ‘Paradise Lost’ (1667) at Milton’s Cottage Museum. We used the Magic Lantern to create vision of Satan in the same rooms where Milton wrote his verses on the arch deceiver of men. 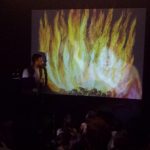 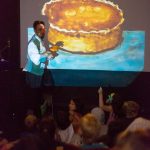 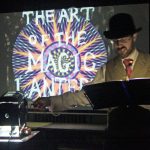 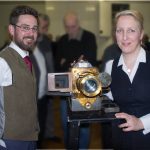 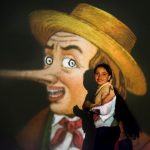 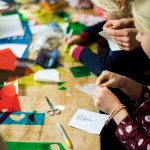 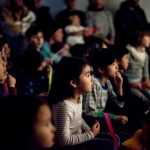 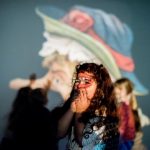 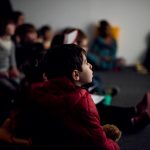 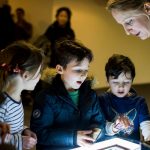 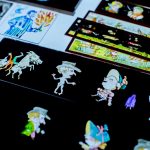 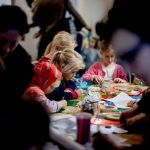 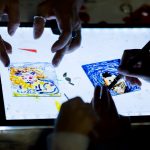 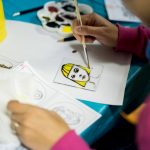 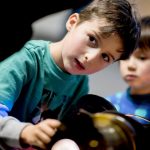 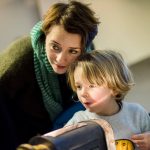 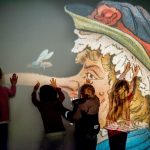 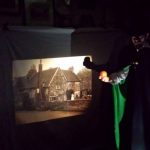 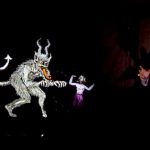 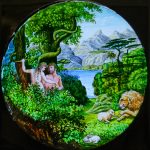