The Total Destruction of Margate 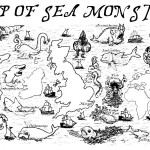 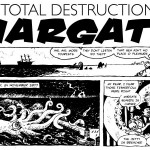 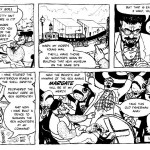 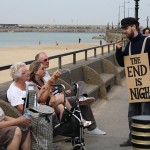 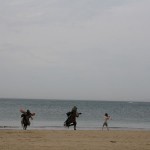 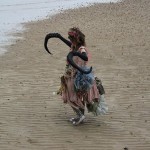 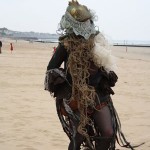 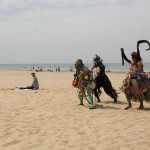 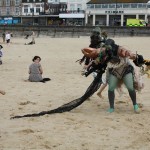 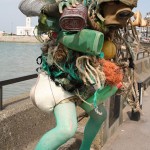 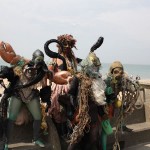 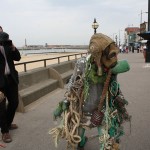 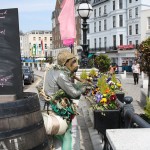 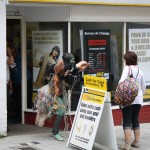 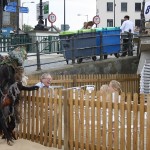 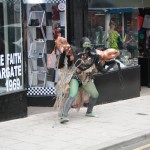 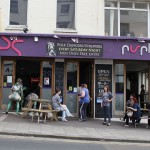 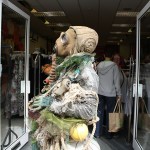 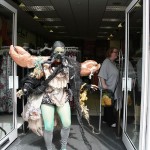 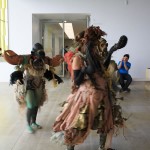 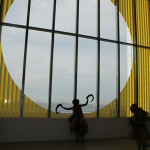 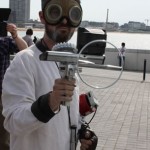 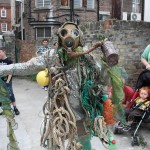 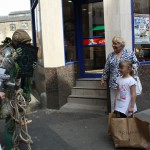 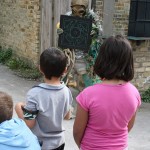 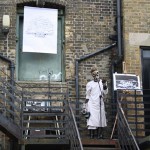 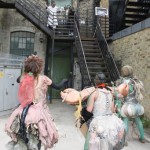 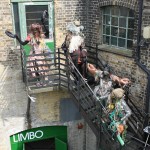 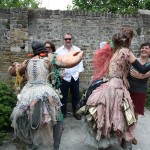 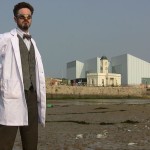 Art Lands On Alien Landscape was curated to coincide with Turner Contemporary’s opening season and “discussed the idea of alienation, looking at how regeneration interacts with (or perhaps stands apart from) the historical identity of a location.” (Limbo Arts)

The Total Destruction of Margate drew inspiration from sixties Doctor Who and the BBC’s economical yet inventive use of costumes and sound effect to terrify children and enthral adults. The aim was to create a broadly accessible piece, but as with all good sci-fi, it projected critical concerns about what the contemporary world in which was created.

Margate faces big changes. Would the new museum really be able to regenerate the town? Or, as suggested by one resident who remembered Margate’s hey day, would the money have been more wisely spent on a massive new sun deck? Would Margate tradional clientele feel embraced or excluded by the strange world of contemporary art? Boutiques, coffee shop and artist studio were already springing up around the new museum, but could they ever really sit comfortably alongside the more traditional sea side arcades and chip shops or would one drive out the other?

The Total Destruction of Margate unfolded at venues throughout Margate during the afternoon of Saturday 7th May.