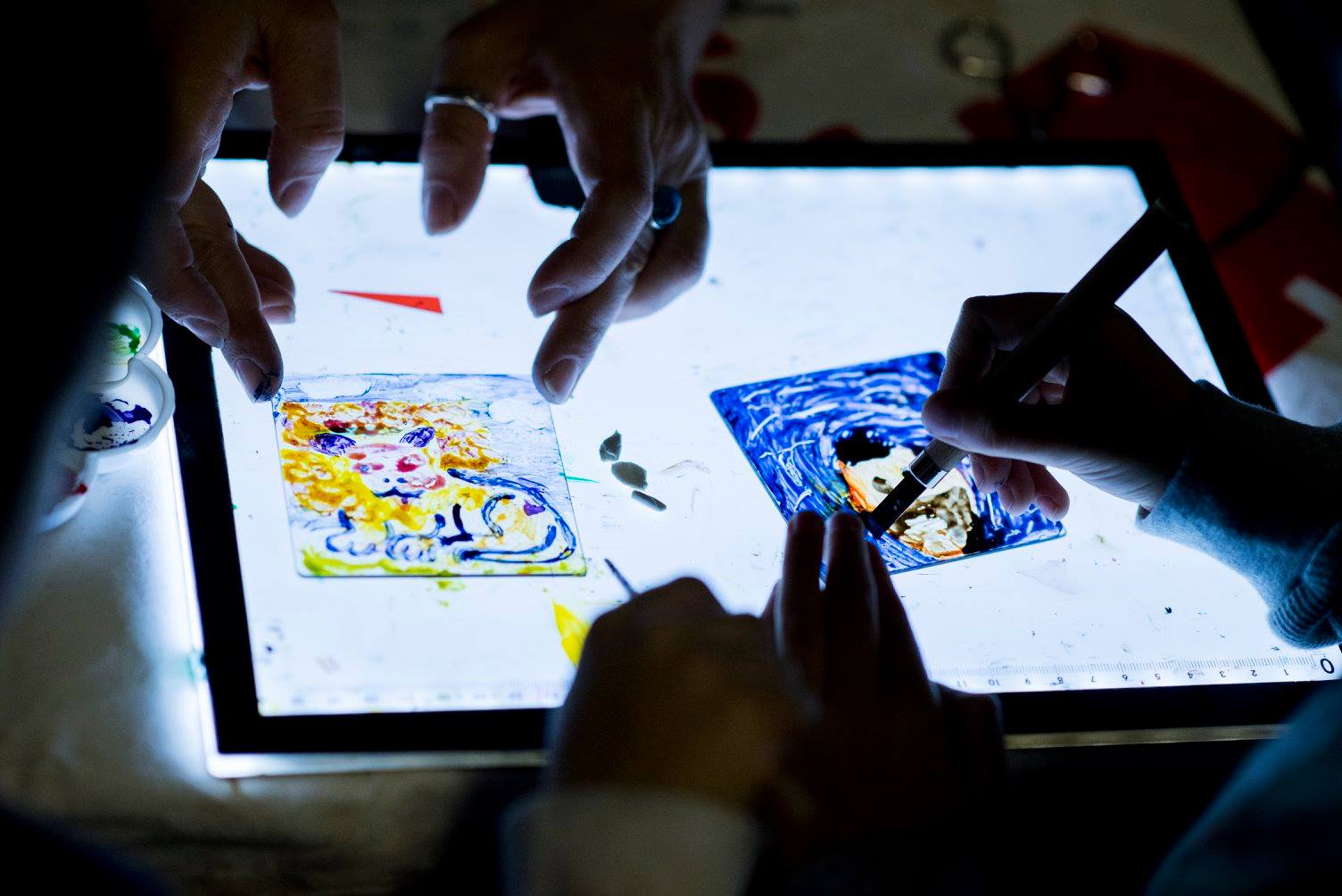 Roll up! Roll up ladies and gentlemen, boys and girls! Long before the invention of cinema, travelling entertainers would use magic lanterns to enthral audiences with projected illusions. People who hadn’t seen projection before may well have believed these lanterns to be magic, and they were often used for trickery as well as storytelling. Your hosts Frog Morris and Nicole Mollett will use this ancient wizardry to conjure fantastical tales of monsters, forgotten places and satirical humour …with plenty of audience participation!

The show is accompanied by a wonderfully imaginative workshop. We offer a unique opportunity to create a magic lantern slide with the help of The Magic Lantern Society. You can also learn about other pre-cinema optical devices and get busy making one of these. Lots of learning and fun is promised at what will be a unique activity to accompany the show.

Suitable for all ages (parents must accompany children).